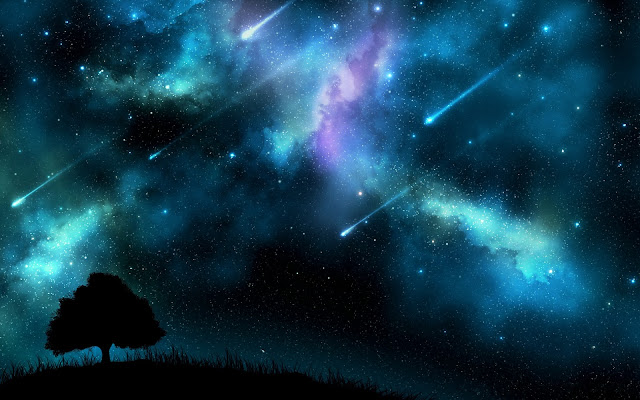 Rep. Maria Elvira Salazar and a dozen Republican lawmakers are set to launch a plan that would provide access to wireless communications abroad to ensure individuals can use cellular devices amidst natural disasters or when "rogue regimes" shut down internet access.

Salazar, R-Fla., is expected to roll out the "American Freedom and Internet Access Act of 2021" on Tuesday—also known as "Operation Starfall."

Thanks to Marfoogle News this legislation known as H.R. 5123 came to my attention. Congress.gov states:

Not later than 45 days after the date of the enactment of this Act, the Secretary of the Air Force, in consultation with the Chief of Space Operations, shall develop and begin implementation of “Operation Starfall”, a strategic plan to deploy stratospheric balloons, aerostats, or satellite technology capable of rapidly delivering wireless internet anywhere on the planet from the stratosphere or higher.

What really caught my attention was the name they chose--Starfall. I don’t know about you, but it made me think of stars falling at the time of the Rapture of the Revelation 12 Man Child:

And there appeared a great wonder in heaven; a woman clothed with the sun, and the moon under her feet, and upon her head a crown of twelve stars: - Revelation 12:1 KJV

And she being with child cried, travailing in birth, and pained to be delivered. - Revelation 12:2 KJV

And there appeared another wonder in heaven; and behold a great red dragon, having seven heads and ten horns, and seven crowns upon his heads. - Revelation 12:3 KJV

And his tail drew the third part of the stars of heaven, and did cast them to the earth: and the dragon stood before the woman which was ready to be delivered, for to devour her child as soon as it was born. - Revelation 12:4 KJV

And she brought forth a man child, who was to rule all nations with a rod of iron: and her child was caught up unto God, and [to] his throne. - Revelation 12:5 KJV

Operation Starfall’s purpose is to “provide access to wireless communications abroad to ensure individuals can use cellular devices amidst natural disasters”. What other “natural disasters” are they expecting?

For quite some time insiders were warning of coming asteroids and meteors. Last year at this time I wrote The World Will Know by September 2020. Here’s an excerpt:

What will happen in the days leading up to the Rapture? I believe the Overcoming Church will experience the Great Shaking or Transition Phase which is the manifestation of Revelation 12:4--

. . . and the dragon stood before the woman which was ready to be delivered, for to devour her child as soon as it was born. - Revelation 12:4 KJV

Notice that the Dragon appears before the birth of the Man Child which means we will see this sign just prior to the birth or Rapture of the Bride of Christ!

I join many others in the belief that the manifestation of Revelation 12:4 will be related to the nearness of the Nibiru or Planet X system.

It is my understanding that this debris field represents the tail of The Great Red Dragon.

It was expected that the earth would be entering a debris field or asteroid belt last year at this time!

These celestial events are what the elite are preparing for and could be the fulfillment of Revelation 12:4 when the Dragon casts a third of the stars to earth. [The word “stars” in this verse is translated from aster from which we get our word ASTEROIDS!]

So, Brethren, “when they come down, we go up”! Many brethren have been shown this by the Spirit of the Lord. What is coming down has been revealed as: missiles, asteroids/meteorites, and fallen angels. [The Revelation 12 Dragon and The Rapture excerpt]

What those in Christ will see and experience of this I am uncertain about. All I know is the Rapture is connected to it, so HAVE NO FEAR! I so appreciated what my friend at But That’s Just Me wrote related to this:

All we can do is try to put the pieces together the best we can with the help of the Holy Spirit to guide us. Use your own discernment and do your own thinking and praying about it.

In her article People Have No Idea What is About To Come To This Earth! she gives the links to videos by Ken Potter and Jeffrey McGaha who discuss the Planet X /Dragon system. Jeffrey believes the Lord has revealed to him that the earth will be entering the tail of the Dragon on September 23-24, this year.Our Brother in Christ Jeffrey also believes this is when the Rapture of those in Christ will occur. I have shared before that when the Resurrection of the dead in Christ and the Rapture of the living in Christ happens, it will likely have an EMP-like effect.

Is this the real reason behind the big push for internet coverage within 45 days of the enactment of H.R. 5123?

Today pastor Tim Henderson shared that the Lord said this particular Shemitah is significant! He believes that either the hand of God is about to intervene in a mighty way in the affairs of men or the Rapture will happen!

I have written about the significance of the Sabbatical Cycle we are in currently both for those in Christ and the globalists--see The Great Escape from Camp FEMA and 9/11 and the Trojan Horse Sign. Bob Barber of Endtime Dream & Vision YTC further explains why the 7-year Tribulation will likely begin at the end of this Shemitah Cycle in 2022. Starting at the 25-minute mark in Incredible 2021-22 Rapture Shemetah Alignment Shows Chaotic Transition into Tribulation! Bob shares that 2022-2029 is the 11th Shemitah Cycle and what that means. I agree with Bob in that it looks like we are about to head into the Transition Period leading to the Tribulation. He believes the Rapture will happen before the Transition Period, but in childbirth, you are still in labor during the Transition stage. It is the shortest yet most intense part of labor, but you know the baby is soon to be born--in this case, the Revelation 12 Man Child!

Will something significant happen this autumn?

I’m counting on it!

Related article: The Sceptre Star and the Revelation 12 Birth of the Man Child

Comments are moderated so that I am able to see them in my email as well as on my blog site :-)