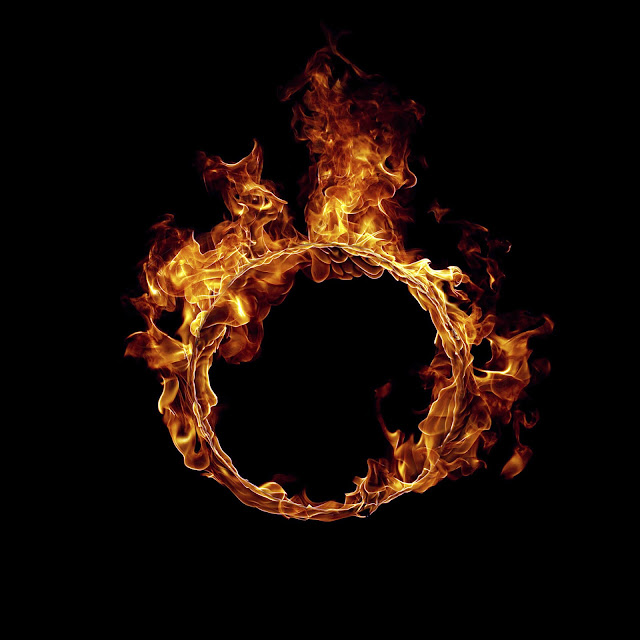 In my previous article I wrote about the coming June 10, 2021, “Wedding Ring of Fire” Annular Solar Eclipse as seemingly is depicted in the first mural panel displayed at the Bank of America in Charlotte, NC:

In terms of the 1st Mural Panel to the right as one sees them directly in front in the lobby. . . There is a Stairway to Heaven and a woman within a Tesseract being floated-up. She is connected to an Annu[lar] type of solar eclipse called the Wedding Ring of Fire. [The Pope, the Alien Savior, and the Year of Dung excerpt]

This may be the elite’s messaging of their belief that the Rapture of the Church will occur at the time of this particular solar eclipse. This may or may not be true; but in light of the May 26, 2021, Super Flower Blood Moon it is a very real possibility! 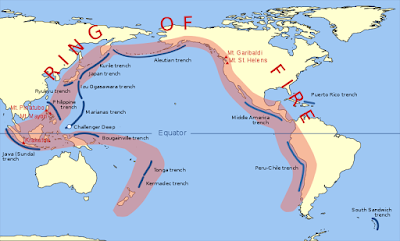 Significance of May 26 Super Blood Moon

It was Paul Dawson of the REVELATIONCHAPTER 12dotCOM Youtube Channel; however, who pointed out that this ominous Blood Moon’s umbra casts its shadow on the Ring of Fire which “is a region around much of the rim of the Pacific Ocean where many volcanic eruptions and earthquakes occur”.

While researching this at timeanddate.com I noticed the entire United States will be covered by at least some parts of the eclipse. Though this is the case, when listing some of the cities the eclipse will overshadow, it prophetically “hit” me that within that short list were the cities the Lord had given me a warning for: "New York, Chicago, L.A." 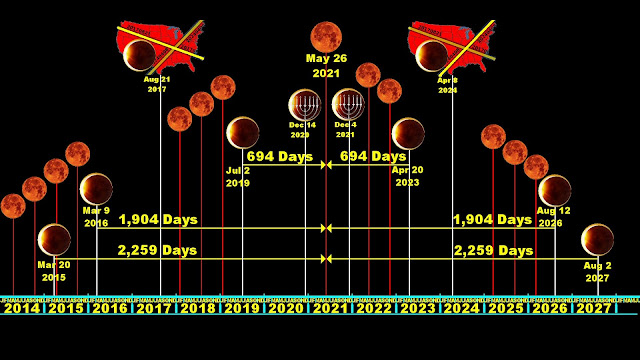 Ken Potter’s 14 Year Timeline Centered on May 26, 2021 especially shows us the significance of this year’s Lunar Eclipse! 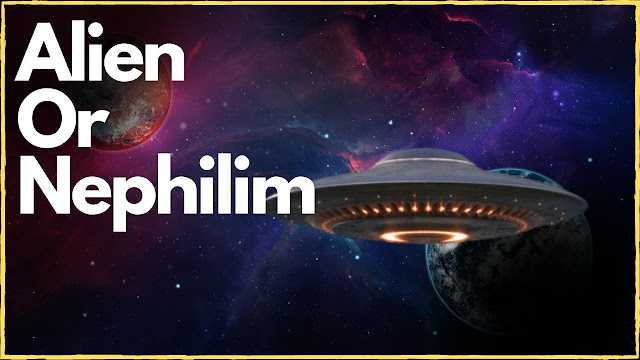 As much as I despise looking at the Heliofant videos, let’s ‘go there’ to connect the Bank of America mural’s messaging with what is happening in the heavenlies.

While catching up with Youtube on Sunday, May 30, 2021, an old video by Jaco Prinsloo popped up that premiered LAST YEAR 2020 on June 17: An Alien Invasion "Planned" anytime from June 21st - To Cover the Truth of what Really Happened... At the beginning of this video Jaco shows on a timeline how two things predicted in the I Pet Goat II video had been fulfilled:

2--The largest U.S. flag was ripped in two

This led him to predict (according to the image on the I Pet Goat animation) there is a second 9-11 event that could occur between the Annular Solar Eclipse (which occurred June 21st in 2020) and the Lunar Eclipse of July 4, 2020, as well as the possibility of war breaking out at the start of Summer. The first “9-11 event”, of course, was centered in New York City. Here again I am reminded of my "New York, Chicago, L.A." prophetic warning!

As I listened to Jaco, it came to me to look at the eclipses as mirrored:

(It could be that this demonic animation would use mirroring as part of its Satanic messaging as in the “as above, so below” reflecting pools of The United States Capital.)

So is it possible that what Jaco saw in 2020 will apply instead to 2021 but with the signs in reverse? In other words, will the period between the May 26, 2021, Super Blood Moon and the June 10, 2021, Annular “Ring of Fire” Eclipse be when we in the United States will see another 9-11-type event with an “Alien” UFO invasion occurring soon after? If so, that would mean the Rapture would also be occurring simultaneously with the casting down of Lucifer’s fallen angels.

What they refer to as aliens are actually demonic entities posing as such. They are preparing the public to accept this great delusion (2 Thessalonians 2:11) because the Rapture of Those in Christ will occur at the same time Satan and his minions are thrown down:

Revelation 12:4 [and 12:5] may be foretelling a simultaneous switch where the fallen angels are cast down and the Man Child/Bride of Christ are caught up (when they come down; we go up). If it is not simultaneous, perhaps the Man Child will see the fallen angels manifest as they arrive in great spaceships ready to deceive the unsuspecting world into believing they are the gods of old come to save the earthlings (for more on the fallen angels and Nephilim being ‘aliens’ click here). [The Pope, the Alien Savior, and the Year of Dung excerpt]

It gets even better!

Then today I see the new video by George of The Return of the King YTC--Rapture 2021: June 10th Eclipse and "I Pet Goat II". Right at the beginning of his 16-minute presentation George shares his belief that the Heliofant logo is picturing the June 10, 2021, “Ring of Fire” Solar Eclipse. This is because the eclipse will occur in between the horns of the constellation Taurus while the planet Venus shimmers in Gemini picturing the smaller celestial object in the logo!

George goes on to explain further symbolism in the Pet Goat animation including how the lotus flower (which symbolizes RESURRECTION) that blossoms in the video is announcing the bringing forth of the Antichrist--the resurrection of the spirit of Osiris/Horus and ties in the significance of the constellation Scorpio (which if you remember was the constellation where the May 26 Super Blood Moon occurred).

Our Brother in Christ brings up the government’s UFO/Alien Disclosure coming up also this month of June. I am hoping Revelation 12:3-5 will manifest shortly after the official disclosure!

Ring of Fire and Childbirth

I can’t believe I missed this one! Our Brother in Christ Todd Adkins points out additional correlations to the “Ring of Fire” phrase including that it is another term for “crowning” in childbirth!

Crowning is often referred to as the “ring of fire” in the birthing process. It’s when your baby’s head becomes visible in the birth canal after you’ve fully dilated. It’s the home stretch — in more ways than one.

Beginning at the 21-minute mark, Todd gives a summary of all the prophetic correlations with the “Ring of Fire” in his video Ring of Fire and Bible Prophecy! Eclipses, Earthquakes & an Imminent Birth! PLUS More Confirmations!

News of Israeli opposition leader Yair Lapid reaching an agreement to rotate the prime minister position with far-right nationalist Naftali Bennett is a major alert to those who are watching for the return of the True Messiah and Lord of All, Yahshua Ha Mashiach, our Jesus, while Israel is still without a “king”.

Paul Dawson reminds us in his latest video it is time to test the prophecies that seemingly correlate with what is happening in Israel’s geopolitical arena. He is referring to a prophecy in the Talmud along with two rabbinical prophecies as pictured in the image below--one by Yitzhak Kaduri in 1979 and the other by Sasson Hai Shoshani--which point to the time Israel finds itself in regarding its government: 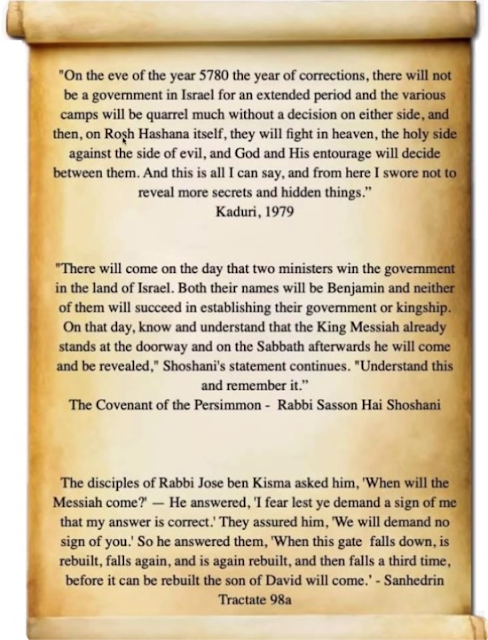 The coalition won’t be finalized until Knesset vote in up to 12 days or by June 14--four days after the “Ring of Fire” Solar Eclipse. “It’s crunch time, guys,” Paul encourages, “By June 23 we . . . will KNOW either way if these prophecies are right!” June 23, 2021, is the last day that a completed government can be formed in Israel before it is dissolved.

If Micah 4:9 is in play here, the pre-Tribulation Rapture of the True Church must occur because this verse is a picture of Israel going into travail or Jacob’s Trouble, also known as The Tribulation, when Israel has no “king”!

Now why dost thou cry out aloud? [is there] no king in thee? is thy counsellor perished? for pangs have taken thee as a woman in travail. - Micah 4:9 KJV 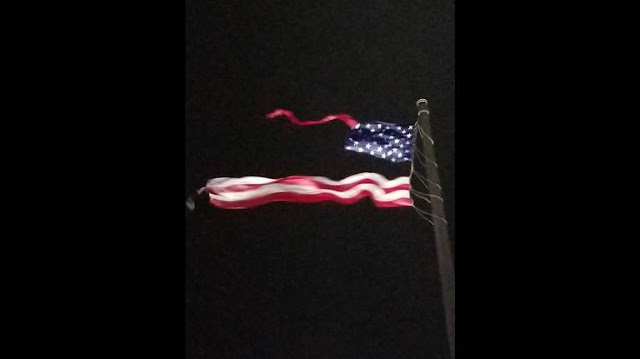 The Alpha and Omega

I wanted to interject something here regarding the largest U.S. flag that was ripped in two. Did you watch the video of the prophetic dream shared regarding this by Sheepsong Ministries Youtube Channel titled Rapture Dream 2020: I saw the RAPTURE along with #11 (November??) I saw America Collapse War/Riots. If you click the hyperlink you will be watching where this young Sister in Christ gives the interpretation of the flag dream she was given.

In her dream the colors blue and red of the flag split apart then the white flew into the clouds picturing the Rapture. Our nation has become more and more split because of the plannedemic and its resulting fake vaccine. In my opinion we have entered the time for the “white” to disappear!

Our wonderful Heavenly Father has given warning after warning, sign after sign. If His intention is to give some type of eye-opening FINAL WARNING before the Rapture (that parallels the 7 days before the Flood rains began in Noah’s day), perhaps we will indeed see that brief revival I believe He showed me in The dropping of HIS shoe--2 Visions. According to the Scriptures, Summertime means judgment and harvest time:

Joel 1:5 speaks of the new wine which is made at the grape harvest. Peter associates new wine with the end of the age when he quotes Joel's prophesy about the coming Day of the Lord in Acts 2.

In Song of Solomon 2:11-13 notice that tender grapes are the final agricultural sign mentioned before the shepherd, a type of Christ, says, “Arise, my love...and come away,” thus signaling a possible late summer Resurrection/Rapture.

Now let’s look at the major crops after Pentecost. Grapes were the first major crop to ripen . . .

The importance of grapes and olives is illustrated by the fact that the Essenes had wine and oil firstfruits festivals similar to the biblical firstfruits offering for grain. These festivals also indicate the relative timing of these crops. The new wine festival came 50 days or seven weeks after Pentecost. Until new wine was offered, no one could drink any of the new juice (Temple Scroll, columns 19-21). Harvest Seasons of Ancient Israel

Both grapes and olives are harvested near the end of Summer (see gci.org). As noted by T. W. Tramm, “Biblically, summer begins at the vernal equinox in March and ends at the autumnal equinox in September.” [RAPTURE Cut-Off Time 2020 excerpt] 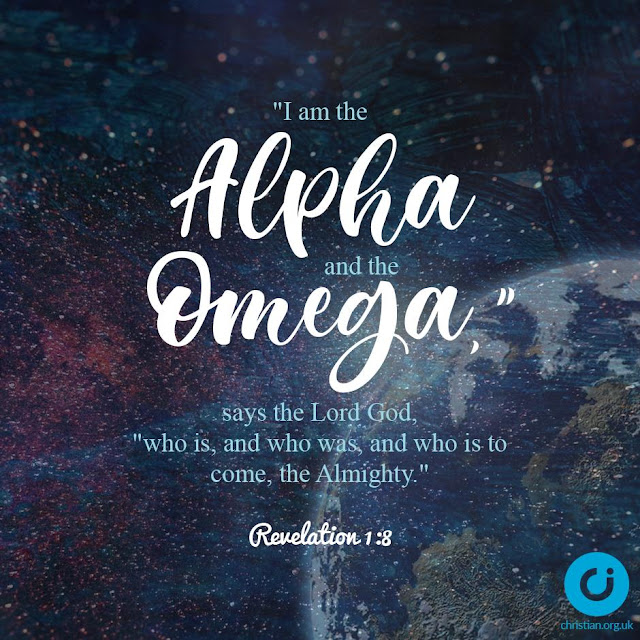 At about 8 minutes into George’s above-mentioned video, he talks of how Jesus is the Alpha and Omega. This caught my attention because I had just been praising the Lord the other day and singing, “You are the First and the Last; the Alpha, the Omega!” His explanation really encourages me that the Lord is letting His people know He is about to complete Those Who Will Be In Christ--His True Church Body. Once completed, then we will be gathered! With Israel in the 73rd year of its final generation, it looks like Our Completion could be happening very quickly now!

Comments are moderated so that I am able to see them in my email as well as on my blog site :-)